The Psychology of Making Decisions

This article is about the psychology of making decisions and how marketers continually try to ‘nudge’ our decisions when it comes to what we buy. Imagine this decision making scenario: You’re running late for a meeting. So, you edge the speedometer just over the limit and phone your client to let them know. That’s two things you’ve done knowing full well that they’re against the rules.

“Someone else is making decisions for you and you don’t even know it.”

The psychology of making decisions is not rational

That’s precisely why traditional economics doesn’t always work. It supposes that humans always act rationally – which means, in this instance, that a person racing against the clock will accept that they’re just going to have to face the consequences. It ignores the fact that this may be an important meeting, that maybe you’re feeling jittery and reckless after a caffeine fix, and that actually you’d rather get a fine than face missing out on a potential opportunity. Behavioural economics recognises this, though – it knows us for the fallible, fickle creatures we are.

It’s this discipline that gave rise to the theory of nudges, widely popularised in the books Nudge: Improving decisions about wealth, health and happiness by Richard Thaler and Cass Sunstein and Thinking Fast and Slow by Daniel Kahneman.

You aren’t making your own decisions

What’s a nudge? It’s the idea that, instead of enforcing rules and regulations, governments and organisations should exert an ever-so-gentle pressure on individuals to get the results they desire. This is where the psychology of decision making comes in.

Here’s a good one: instead of getting heavy-handed with fines and posters threatening litterbugs, the Danish government addressed its litter problem by creating a trail of green footprints leading up to rubbish bins in public places.

Here’s another you’ve probably experienced personally. You’ve finally reached the end of your shopping list, you’re feeling tired and in need of a boost – and, look, there’s a chocolate bar on the shelf just in front of you. Is it you that is making this decision to buy the chocolate or someone else?

“The reality is that decision making involves a significant degree of emotional and mental energy. If you can save the end user that energy so that it can be invested elsewhere, that’s to their benefit.”

Denham-Dynson is quick to add a but: “if you’re selling a product or service that offers little value to the end user, or which is harmful, the subtle manipulation of nudges is inexcusable.”

Nudges can work the other way, too. Say you’ve finally come to terms with the fact that your gym contract is never going to be used, and decide the money you spend on it can be put to better use. You phone the call centre to cancel, but the process you have to follow is such a rigmarole you decide it’s actually easier to let things lie. This just shows the power of decision making psychology. When it comes to brand engagement, it plays a major role.

That’s the problem with nudges, according to Vincent Hofmann of BetterWork: although the theory may have been designed with the best of intentions, you can’t ignore the fact that it works by leveraging our human frailties – in this instance, laziness. More than that, most of the time we don’t even realise that we’re being nudged; that our environments have been fashioned by ‘choice architects’ who have set a stage to subtly guide our behaviour so that it ultimately serves their aims.

There’s no denying that, seen from that view, it’s all a little creepy, sinister even – if not downright disempowering. It’s a shock to think that your decisions – about everything from what you buy to what you do with your money – have been informed by someone else

That’s something that worries Claire Denham-Dyson, an anthropologist at Demographica. “Before I entered the marketing industry, I didn’t know there were so many people thinking about the way I make decisions.”

Her concern has not diminished over time, but she has come to see the other side of the argument. “The reality is that decision-making involves a significant degree of emotional and mental energy. If you can save the end user that energy so that it can be invested elsewhere, that’s to their benefit.” She’s quick to add a but: if you’re selling a product or service that offers little value to the end user, or which is harmful, the subtle manipulation of nudges is inexcusable.

Amateur behaviourist and founder of Green Edge Communications, Hugh Tyrrel, who uses his insights in his work as a separation-at-source recycling consultant, acknowledges that there will always be a tension between the interests of the seller and the consumer. But that doesn’t mean that nudges should be dismissed, he argues.

Who drives your decision making?

Behavioural economics, and nudges in particular, are of particular help to entities that need to understand that a person’s behaviour towards decision making – whether related to buying, saving or anything in between – are probably influenced more by their conversations around the water cooler than by their budgets.

It’s how marketers use this understanding that makes all the difference, maintains Hofmeyer de Beer of JvR Africa. “Ultimately, nudges are value-neutral. They become negative only if used for a negative purpose. There’s a fine line between manipulation and influence, and companies that are entirely profit- driven find it easy to justify any action. But it’s important that they are mindful of how their actions affect people,” he says,

Of course, the same could be said for us as consumers. Even if choice architects weren’t deliberately playing on our subconscious desires to make some options more attractive than others, we’d automatically be drawn to anything which enhances our preferred image of ourselves.

Paying better attention to the things we choose, and considering why we’ve chosen them, shifts us from passive playthings to active participants and gives you more power over the decisions you make every day. After all, a nudge loses its effectiveness if you’re fully cognisant of the carrot being dangled in front of you.

This article originally appeared on safrica24.com. Claire Denham-Dyson, head anthropologist at Demographica, spoke to the team.

← Prev: Account based marketing is making a comeback Account Based Marketing and Sales: An 8-step Implementation Framework → 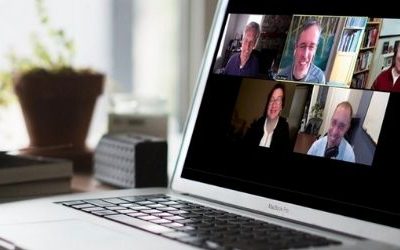 The Future of B2B Events in a post-Covid-19 world.

When events are permitted in future, will large-scale ones be the best way to reach B2B audiences and generate sales?... 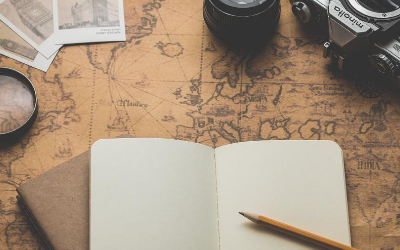 Journey work and its value in B2B marketing

Traditional project, campaign and brief-based marketing work needs to change - particularly in the B2B world, and even... 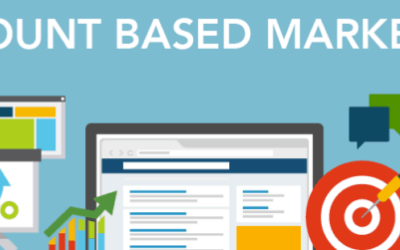 Account Based Marketing and its future in B2B marketing

Account Based Marketing can be best defined as a structured and strategic approach to treating individual accounts as...